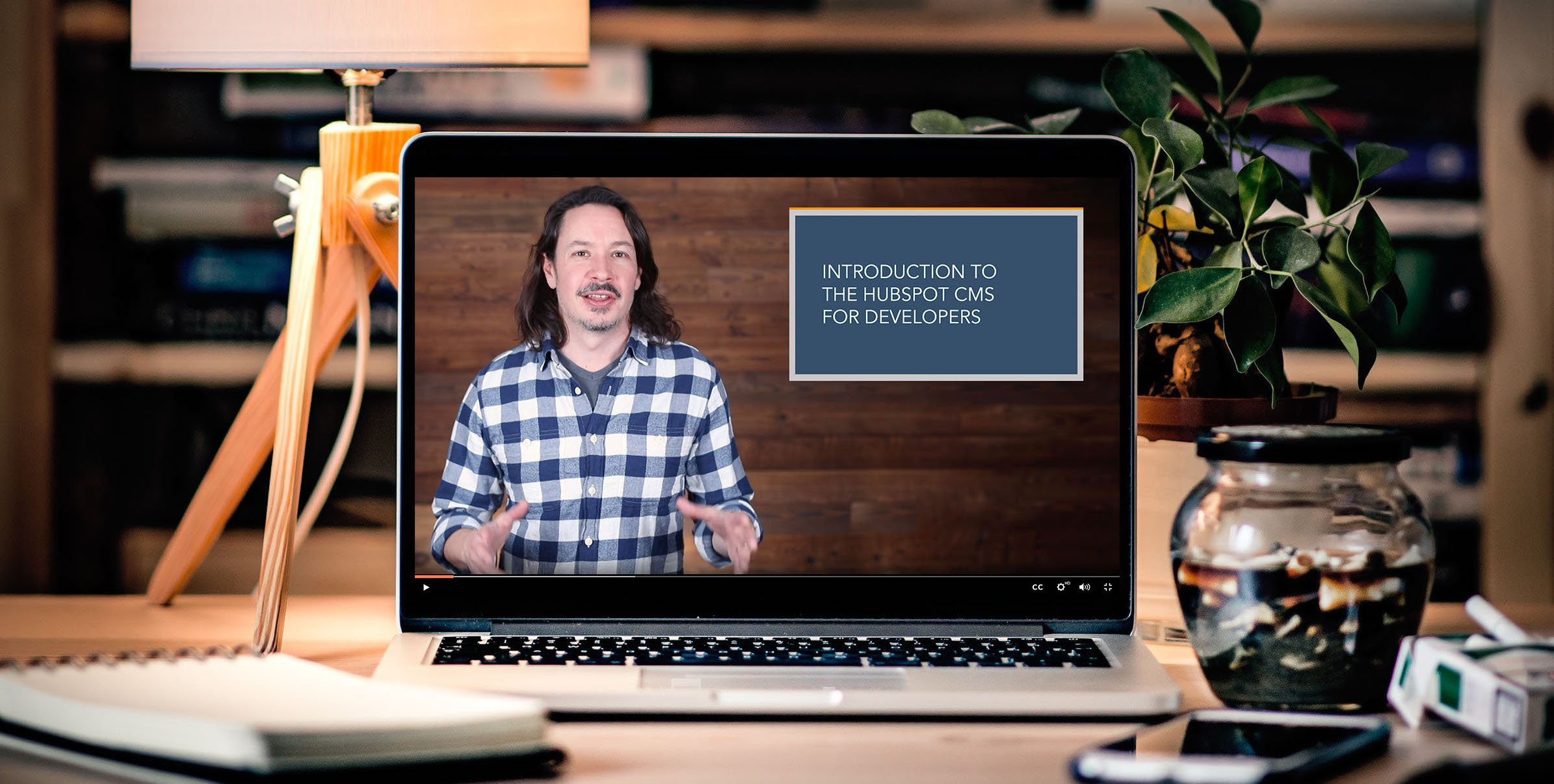 In the winter of 2018, we launched the first HubSpot Academy course designed specifically for developers. Since then we’ve certified over 2k folks as HubSpot CMS developers.

In the spring of 2020, HubSpot launched some major new CMS features including themes, drag and drop editing in the page editor, and a new local development workflow with a command line interface for quickly creating assets and syncing with production and sandbox CMS accounts. An Academy quickstart lesson on these features was launched concurrently and many folks have used it alongside the documentation to get familiar with these exciting features.

The time has now come to transition this certification to represent the new way of working with the CMS. Unfortunately it’s not quite ready yet, but we know what it will cover and what the new practicum will look like. During this transition period we will be temporarily deprecating the CMS for Developers certification. This means we won’t be awarding certifications for CMS developers until the new course is launched in summer 2021.

What about my current certification?

Your current CMS for Developers Certification is still valid for one year from the date you earned it. The new certification will carry the same name even though the exam and practicum will cover a lot of new material. This will give our learners a sizeable window for upskilling before they need to recertify.

Are there resources for learning this new stuff?

Yes! In the interim we will be combining the quickstart lesson with some of the current CMS for developers content to help new and existing developers learn all the latest and greatest techniques. This content will cover a majority of the topics that will be covered in the next iteration of the certification course. We will also have suggested exercises that will help you prepare for the next iteration of the CMS for Developers practicum.

How big is this change?

All of the high level concepts of the CMS for Developers course will remain the same. The changes to the course and the direction of the CMS are all refinements of the core purpose of the CMS: To maximize the efficacy of developers and content editors. Here are some new things to pay special attention to that will become major aspects of the new certification.